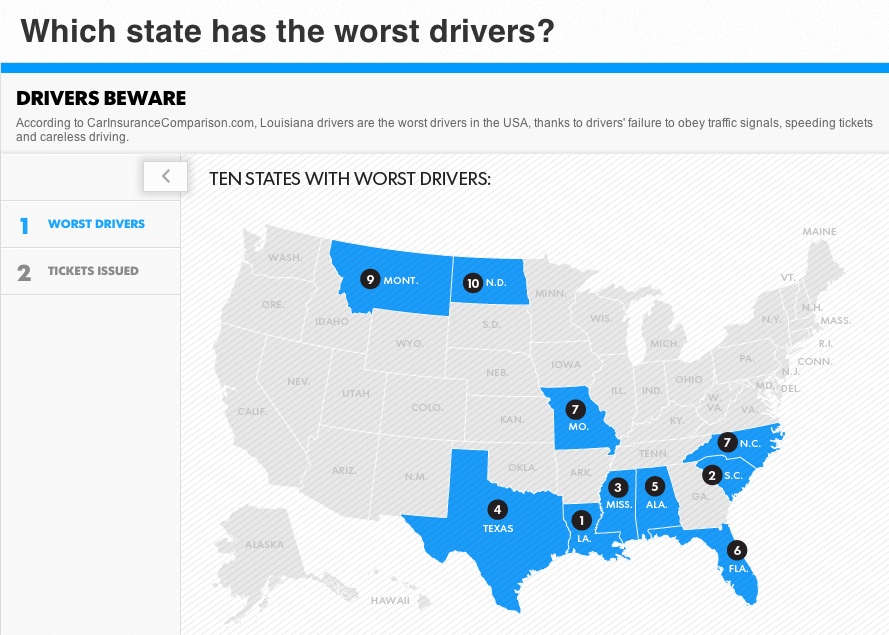 – The user can adjust a position of all Mirrors as well as an Aerial View using a keyboard.

New CDL Vehicles (Jan 12)
– We Have Implemented 10, 13 and 18 Speed Transmission Trucks to Practice “H” Shifting While Splitting Gears Between Low and High Range, as Well as Toggling Between the Low and High Setting for Each Gear.

SimuRide PE New RollOver Function (Sept 2015)
– Added Cargo Tank Truck Rollover Feature; special vehicle and scenario is created.
When a truck travels along a curved path, centrifugal force causes it to lean away from the direction of the curve. The result can be a “rollover” in which the truck overturns.
Tractor-trailers are particularly vulnerable because of the trailer’s high center of gravity and frequently unstable loads.
Over 78% of rollovers involve driver error; therefore, we came with the unique approach to reduce Tanker RollOvers, giving a driver the opportunity to practice to prevent such events.
With our SimuRide a driver will learn how to:
– Avoid sudden movements that may lead to rollovers,
– Control a load in turns and on straight roadways,
– Identify high risk areas on roads,
– Remains alert and attentive behind the wheel,
– Control speed and maintain proper speed.

SimuRide PE New Downloadable Edition (Feb 2015)
We offer now 2 Packages, the Small and Full Setup. In both packages the software is the same; the difference is only with the hardware, installation and setup.

New SimuRide Professional Edition is compatible with Windows 10 ( 32, 64 ) and its predecessors.
The software is modified and contains new functionality and features.
Some of them are:
– Can be used with one, two, three or four monitors/displays.
If used with 2 or 4 monitors, the 2nd or 4th one is located behind the driver seat.
A driver has to use real (not virtual) rear view mirrors to check on his back and for following traffic.
Reversing, the driver has to turn his head back like in a real vehicle.
– Weight of vehicles can be changed from empty, half full and full loaded.
Together with a vehicle weight increase, the physics of a vehicle changes as well.
For example a braking distance is longer, centrifugal force while turning and other forces are significant larger and are adjusted by our software accordingly.
– Pedestrian Crossings are implemented.
– Turkish languages is added.
– Record printing and saving with a student name available.
– Option to use with different and custom made controllers.
– Rough data available for advance research.
– Telemetry output for motion platforms in six degrees of freedom (6 DOF) provided.
– Traffic and number of vehicles increased.
– Graphics and display are modified.
– Some improvements for the Left Hand Traffic.
– Number of files and size of the program decreased.
– Additional audio effects.
– Wipers, fog lights and horn implemented.
– Errors messages/report increased and can be optional.
– Vehicle position selection after collision; vehicle doesn’t have to go to Start.
– DUI with a 4th Dynamic Level from 0.0‰ to 2.0‰.
– Automatic Resolution Setup with multiple monitors/TVs/WallProjectors.

SimuRide HE New Edition (March 2013)
The 2013 edition is now released (Blue Box).
To simplify the program installation, instead of 2 CDs we fit both programs (Road Rules & Simulator) on one CD.
Moreover, the steering wheel configuration starts automatically at the end of the SimuRide installation process, making the setup easier and faster.
We have also replaced the shape of the vehicle for modern one.

SimuRide PE Next Upgrade (February 2013)
We have implemented more vehicles (incl semi-truck) with a manual transmission for the left side of the road (RHD). We have also satisfied our Australian customers providing a vehicle’s speed not only in mph but also in km/h.

SimuRide PE More Upgrades (August 2012)
This edition offers users an option to drive on the left side of the road (RHD) using passenger vehicle with an automatic and manual transmission. Manual shifting is popular in UK, Australia, South Africa, Jamaica, India, Indonesia and other countries. Offering this feature we help beginner drivers to practice not only automatic, but also manual transmission vehicles, driving on the left side of the road.

SimuRide PE New Edition (June 2012)
The latest edition/upgrade is now available. It took us a long time to complete, but now it is also offered in Spanish, Portuguese and French.
We have implemented many new functions and setting options; improved vehicles’ motion and engines.
The variety of scenarios, vehicles and weather condition has increased.
Features such as 3 levels of DUI (Driving Under the Influence) and Reaction Timing will definitely help in the process of driver evaluation.

Blind Driving Simulator for MythBusters (March 2012)
We have completed the Blind Driving Simulator for MythBusters exhibition, opened March 15, 2012 in Museum of Science and Industry in Chicago, IL.
Our Blind Driving SimuRide is one of 12 exhibits of MythBusters exhibition, which is the first of a planned national tour that will include stops at several other U.S. cities for the next 5 years.
Are you wonder if a blind Al Pacino really could have navigated a car through the streets of New York in “Scent of a Woman” based on the directions given by a terrified Chris O’Donnell from the passenger seat?

The Driver Education Suite 2012 (December 2011)
The Road Rules & the SimuRide HE combined; the set of 2 CDs for the price of one (Green Box). Updated graphics and functionality.

The CDL Manual (December 2011)
The 4th edition of the interactive software for truck and bus drivers. The updated program has a new look.

Amazon (October 2011)
We are glad to announce that the one of the biggest retailers, the Amazon, had accepted our new 2012 SimuRide HE product for their distribution and have made an order.

The SimuRide Home Edition for RHD & LHD (January 2011)
The SimuRide HE to use in Right & Left Hand Traffic is launched. It includes option to drive in a snow/rain condition and to practice parallel parking.

CES (January 2011)
From January 6 to January 9 2011, AplusB Software will be exhibiting at the International Consumer Electronics Show at booth 5515 in the Las Vegas Convention Center.

The SimuRide Home & Commercial Editions Updates (August 2010)
It gives user the option to connect more than one controller to the computer and install additional elements to practice the parallel parking.

The SimuRide Home Edition (February 2010)
Finally, the driving simulator for every one.  The SimuRide HE to use at home with the PC is launched.

The Skid Control Platforms (February 2010)
The Skid Platforms for passenger vehicles are now available in our online store.  Platforms simulate the skid and are designed to practice the skid control.


The update to the latest SimuRide Professional upgrade is released (Dec 2009)
Vehicles’ speedometers in Miles/Kilometres per Hour and a convex mirror are included in this update.

Aplusb Beginner Driver Education Curriculum with the Appendix 4, for the extended Home-work hours is approved by Ministry of Transportation Ontario.


Skid Control (October 2008)
We are happy to inform that Skid Control feature is available with the SIMURIDE. It is a Free upgrade for automatic and manual transmission vehicles to expose candidates to the various types of skids and slides.

TRIAL Package (October 2008)
We offer $100 TRIAL Package for customers who prefer testing SIMURIDE first. $100 will be deducted from the full purchase price.

Driver Education Monkey Drives Semi CDL (May 2008)
We have released our fourth movie. This is the first animation to advertise our CDL product. https://www.youtube.com/watch?v=S2MFipm_Vg0

The US & Canada Driving Test released (December 2003)
AplusB Software is proud to release a Beta version of their newest software, US & Canada Driving Test. This interactive software prepares new drivers to pass their written exam. With rules for all 50 states and 13 provinces/territories, anyone in North American can study using our software, and write their driving test with confidence.